SEAFOOD FESTIVAL 2015: FLOODS TURN OUT DESPITE THE FLOODS!

Home/Menai Seafood Festival/SEAFOOD FESTIVAL 2015: FLOODS TURN OUT DESPITE THE FLOODS!
Next

SEAFOOD FESTIVAL 2015: FLOODS TURN OUT DESPITE THE FLOODS!

The third annual Menai Seafood Festival saw record numbers of visitors in attendance despite the downpours on the day.

The Menai Seafood Festival, which took place in Menai Bridge, Anglesey on 22nd August, celebrates the abundance of fish and seafood readily available on North Wales’ shores with an unmissable line up including delicious food stalls, arts and craft stands, cooking demonstrations, and live music.

Phil Austin, Chairman of the Menai Seafood Festival said, “This year’s festival was the best attended despite slightly inclement weather. There was a significant increase in the number of local food vendors with an even greater focus on local seafood. The footprint of the event expanded to include several large marquees occupied by The Bull Beaumaris, Chateau Rhianfa and FLAG. The cooking demonstrations were a massive success in addition to the Royal Anglesey Yacht Club starting their Saturday Fife race from Prince’s Pier for the first time ever.”

The Menai Seafood Festival is a completely free event which relies on help from volunteers and support from local businesses for its success. This year, appreciation was given to The Bull Beaumaris, Chateau Rhianfa, RibRide, Land and Lakes and Plas Coch for supporting the event as platinum sponsors; with Anglesey County Council once again providing fantastic support both financially and operationally.

Phil Scott from RibRide Adventure Boat Tours and Chair of the North Wales Tourism Forum said, “The Seafood Festival was great; loads of people came and it was both a fantastic event for Anglesey and a very positive day out for tourists and locals alike. Our RibRide special trip had sold out by lunch time and we ran trips every 15 minutes until nearly 6pm. Everyone loves going under the bridges and seeing our beautiful island from the Strait.”

In addition, David Robertson from renowned, award-winning restaurant, The Bull Beaumaris said, “It was great to be part of this amazing event for the first time. We loved having the opportunity to showcase Anglesey’s first class produce and the quality standards of The Bull Beaumaris. Thank you to the festival organisers for their hard work and to everyone who joined us on the day”. 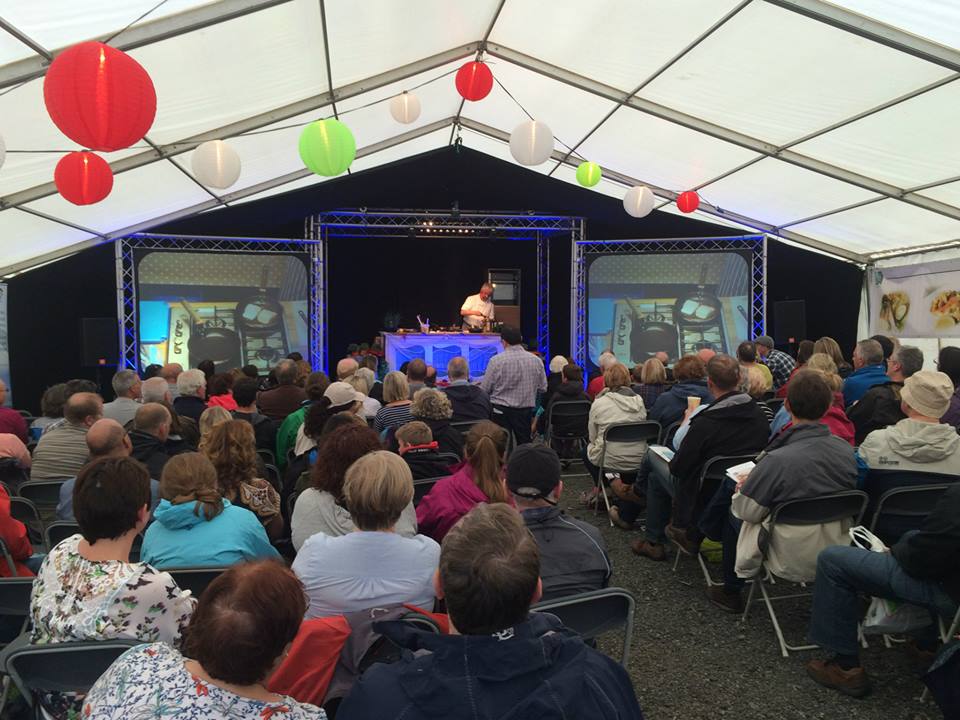 There was also representation from charities that help to maintain the natural beauty of Anglesey’s shores whilst supporting its fishing communities. The RNLI Menai Bridge was offering the public the opportunity to support the charity and learn more about the organisation’s lifesaving work. Alex Marjoram from the RNLI said, “The RNLI’s reception at the Menai Seafood Festival was humbling with over twenty members of the public choosing to become new regular supporters of the charity. We look forward to attending next year.”

The Menai Seafood Festival team have been praised by members of the public for the faultless organisation of the event and for providing an occasion which allows the whole community to come together as one. For many on Anglesey and the surrounding areas, The Menai Seafood Festival has now become an important date in the calendar which is not to be missed. With preparations already underway for 2016, it’s certain that next year’s event will not disappoint!

This site uses Akismet to reduce spam. Learn how your comment data is processed.